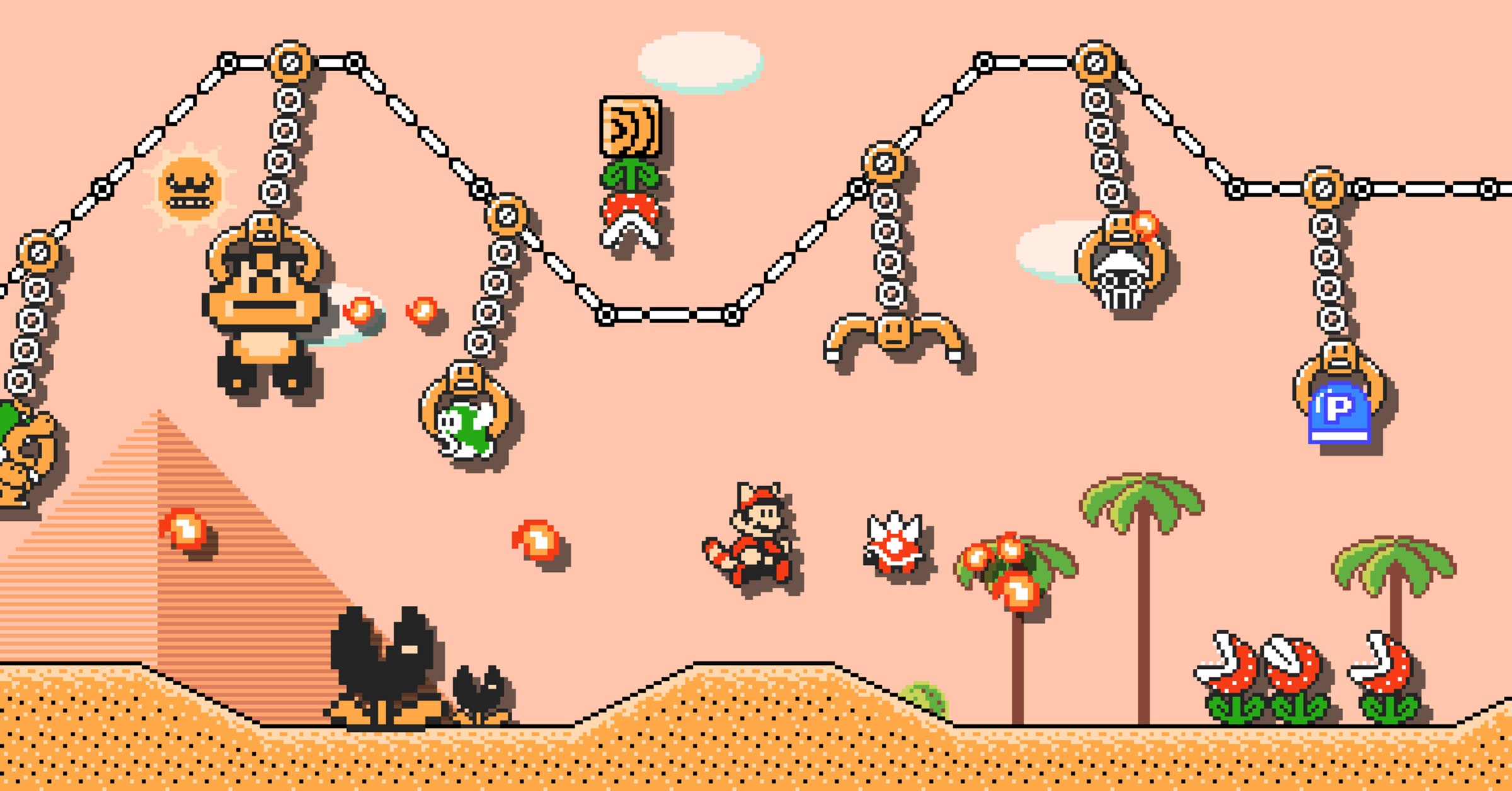 Day after day, I keep gearing up to dive into Super Mario Maker 2. Then something holds me back. As a game, it’s a showcase of constantly impressive player creativity, an endlessly expanding compendium of fan creations. And I want to play them. But I’m uneasy. I know how this is going to go.

See, I have a confession: I’m not very good at Mario games. I’ve never beaten the first Super Mario Bros. That last world always gets me. I’m frustrated at having to hold down the sprint button to make big jumps in high-level play. I’m just a little clumsier with Mario’s little plumber body than I should be. I’m far from an expert.

So what’s going to happen when I dive into Mario Maker 2‘s most popular, most interesting stages? I’m going to get my ass kicked. But to be fair, it’s not entirely my fault. If it’s become defined by anything, the Mario Maker series is known for challenge. The hallowed halls of Mario have become, in the hands of fans, shrines to the gods of difficulty.

You can see it in the streaming culture that’s been built around the game. Following the tradition of the first one, Mario Maker 2‘s subculture is a world of trolling, fiendishly difficult puzzles, and challenge ideas that would make Shigeru Miyamoto absolutely flip. Let’s Players like the Game Grumps and game journalists like Patrick Klepek are united in a singular pursuit: watching Mario die, over and over again, as they struggle through stages built by their friends and enemies. Giving players creative freedom to design whatever stages they want often translates to, in the world of Mario Maker, a powerful fiendishness. Watching people play Mario Maker 2, or diving into it yourself, can feel like stepping into a church erected to worship pixelated death and the frustrated streams of your best friends.

Watching people play Super Mario Maker 2, or diving into it yourself, can feel like stepping into a church erected to worship pixelated death and the frustrated streams of your best friends.

It’s a fascinating trend for a videogame series that, while occasionally known for its challenge, has often strived to be family-friendly and broadly accessible to all types of players. Regular Mario games are often hard, but they are hard only to an extent. There’s an invisible line of challenge, of capriciousness, that they generally don’t cross. And if they do cross it, it’s considered bad design, something to try to fix in future installments. To wit, Mario Maker 2 features a set of level design tutorials this time around, nudging players toward Nintendo’s philosophy of level design. But that’s not the philosophy that truly reigns.

One reason for this is likely just that designing levels that feel fair and fun without being exceptionally difficult is just … hard. I remember a rash of articles, in the wake of the release of the first Mario Maker, about how much effort and knowhow it took to make levels that felt good, that hit a place that was interesting without feeling cruel or aggravating. Conventional expertise in that ultra-hard level design is often the first port at sea for amateur designers, before they learn how to craft difficulty more intentionally. And Mario Maker is all about amateur designers. So rather than learning how to build more robust things, a lot of creators probably just stick with the challenge.

Then there’s Kaizo Mario. Kaizo (a Japanese word meaning “reorganize”) refers to the process of ROMhacking—taking a game’s software and hacking it to make a whole new game out of it. In the mid-2000s, a tradition of making ultra-hard Kaizo hacks of Super Mario World began, which involved doing things with the tools and design ideas of the Super Nintendo’s flagship Mario title that Nintendo could have never predicted. Invisible blocks designed to confuse and trip up the player. Frantic, information-overload autoscrollers. Jumps and navigation puzzles that require advanced movement techniques that most players wouldn’t even think of to get through. Kaizo Mario hacks prefigure the later indie game tradition of “masocore” platformers designed to provide players with inventive challenges, and Mario Maker fits right into the continuity of that community (while also, undoubtedly, disrupting it).

A lot of the more fiendish ideas in Mario Maker design are borrowed wholesale from the Kaizo community, and are employed for much the same goals; challenges are crafted that are both nearly impossible and also mildly ridiculous, re-rendering Mario’s noble struggles as tragicomic theater.

I don’t know if this is what Nintendo intended for the Mario Maker games. Honestly, it probably isn’t. The marketing for the games are, after all, classic Mario: warm, fun, a little goofy. Regardless of intention, though, Super Mario Maker 2 is a one-stop shop for getting absolutely wrecked by Mario levels. There’s other stuff in there, too, certainly, but, two games in, difficulty seems to be the defining phenomenon of the creative impulses of the series. Which is to say: I know I need to dive into Mario Maker 2. There are gems in that desert. But I know what’s going to happen when I do. And I’m not ready to get my ass kicked just yet.