This Neat Design Could Make a Plane’s Middle Seats Tolerable 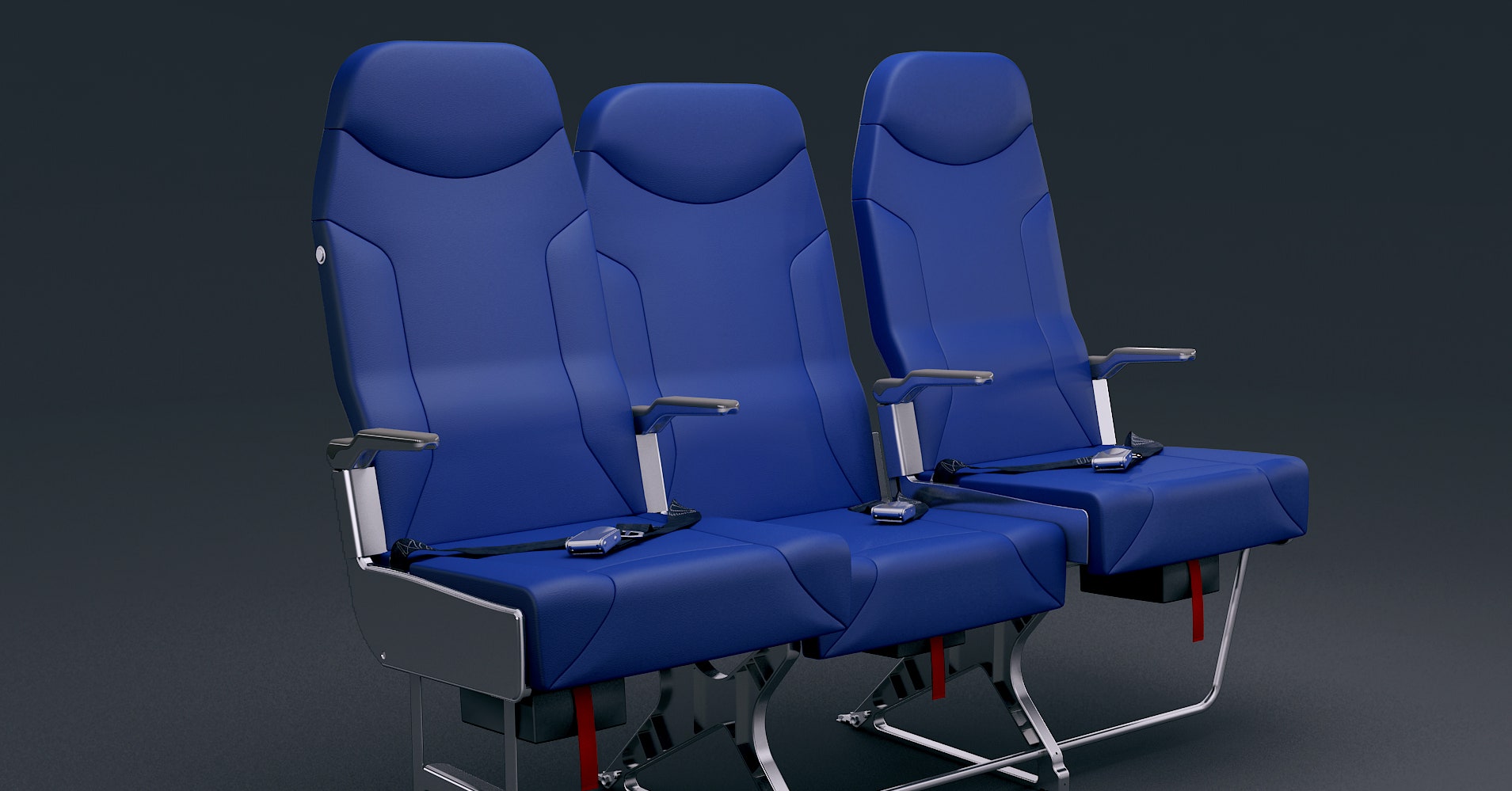 Of the many simple truths in the world, Hank Scott picked an especially stubborn one to disprove: that nobody likes flying in the middle seat. The founder and CEO of Colorado-based Molon Labe, Scott is the designer of the S1 seat, which puts the middle seat two inches lower than the spots on either side and pushes it back three inches. The staggered layout allows for a middle expanse up to 23 inches wide, a cheek-releasing increase over the standard 18.

This still isn’t business class. The seats don’t recline, and the unusual setup doesn’t help on legroom. It actually requires cutting a few inches out of one or two rows. That lower seat might not be great for long-legged passengers, though Scott hopes the extra width could make it easier for them to get someone to swap spots.

“Flying sucks,” says Scott. “We’re trying to make it suck less.” Last month, the seating startup said the FAA had certified the S1 for commercial flight—and that it had landed its first customer.

The seats, made mostly of aluminum, weigh less than 20 pounds, important in planes that defy gravity.

Certification is the great barrier to entry for anything new in aviation, seats included. Today’s thrones must be able to withstand 16 times the force of gravity without buckling, a rule the FAA introduced in 1988 to improve the chance of surviving if a plane rolls off the runway or suffers a similar mishap. In March, after months of testing in computer models and tweaking the S1’s design, Scott sent about 15 rows’ worth of S1 seats to the National Institute of Aviation Research at Wichita State University. There, the engineers loaded up FAA-approved crash test dummies (representing the 50th percentile American male) and used a specially designed sled that mimics the forces of a plane crash. The dummies take a beating, looking like overzealous and underskilled gymnasts, but the seats hold firm. The FAA gave its official thumbs up in June.

Along with the wider middle seat, the S1 setup could defuse the silent fight with a stranger for control of the armrest. Like the seats, the armrests are staggered in height—the front half is a few inches higher than the back. That creates a natural divide, where the passenger in the middle seat gets the back bit and their neighbor gets the front. “We’re essentially solving the elbow wars,” Scott says.

There’s good news for airlines, too. The seats, made mostly of aluminum, come in at under 20 pounds. That’s among the lightest in the sky, on par with Recaro’s SL3510 seats. It’s also key in a gravity-defying industry that obsesses over weight. Scott says the staggered setup doesn’t require an airline to drop any rows—and thus paying customers.

All of which helps explain why Molon Labe signed its first customer in January. Scott won’t disclose who that is just yet (or how much the seats cost), but says it’s an airline based in a Western country that plans to retrofit more than 50 aircraft with his seats over 18 months. Scott expects Molon Labe to build up its business with similar retrofit deals—planes usually fly for 20 years or longer; seats need replacing several times in that span—but hopes to eventually become a supplier to Boeing and Airbus, which dominate the commercial jet market. Molon Labe designs, engineers, and sells the seats. Denver-based Primus Aerospace manufactures them. Airlines will be able to customize the seats to fit their color and size preferences. With the S1 ready for business, Molon Labe’s designers can now focus on their other upcoming products, including a long-haul, more comfortable version of the staggered seat. Meanwhile, Scott plans to change the company’s name: The Australian native knew the phrase “come and take them” from teaching military history and the movie 300 but was unaware of its association with the American gun-rights movement.

Of course, economy passengers will still have plenty to complain about in the air. There’s the bad food (or lack thereof), the extra charges for checked (or even carry-on) bags, the howling of babies and blabbering of the guy who spent too much time at the bar before boarding. But Scott hopes a bit of extra room—for one’s rear end and elbows—can make flying more pleasant. “We didn’t fix all of it,” he says. “We just fixed a little bit of it.”