A woman in the US has been charged with carjacking and property damage after she allegedly stole a vehicle by throwing a live snake at the driver – before crashing through barricades set up for a pole-vaulting exhibition.

Hilmary Moreno-Berrios, 29, is accused of demanding the woman at the wheel of the SUV hand over her keys before launching the black reptile at her when she refused to comply.

She allegedly took control of the vehicle in South Carolina with the non-poisonous critter still inside and ended up smashing into barriers set up for the third annual Liberty Bridge Jump-Off, held in the city of Greenville on Friday. 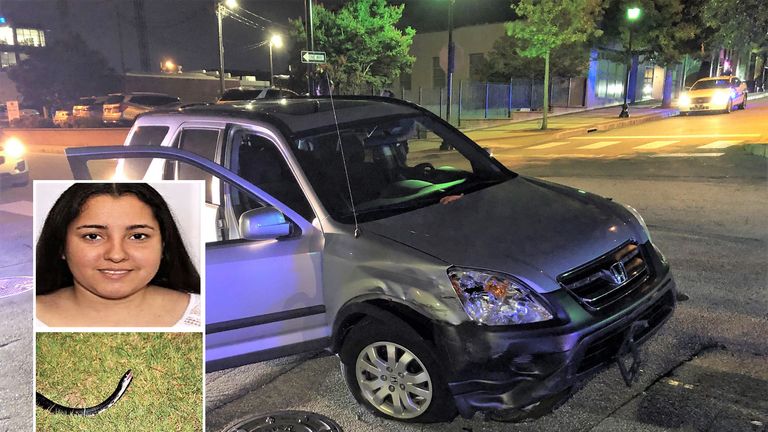 Upon disrupting the popular event, which also offers locals live music, food and drink, Moreno-Berrios suffered injuries and was taken to hospital.

Police released footage showing the moment the vehicle ploughed into the barriers at the site, which local media reported had caused an estimated $17,225 (£13,832) in damage. 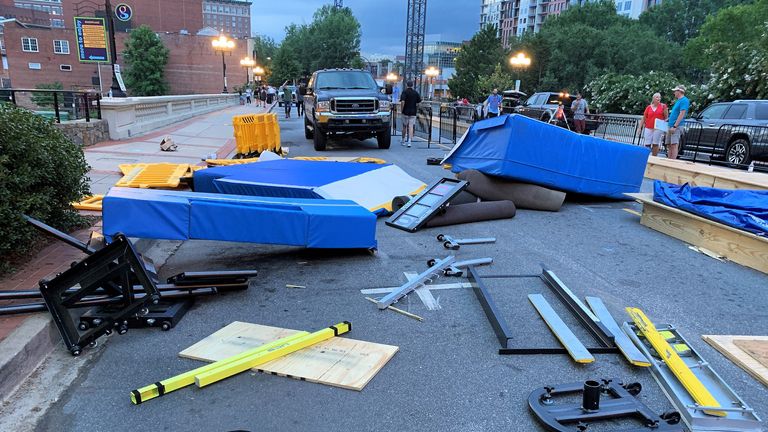 Image: The SUV smashed into the barriers at a pole-vaulting event. Pic: Greenville Police Department

Officers have also said that the snake survived the ordeal and was released into nearby woods – and nobody at the pole-vaulting was injured.

Moreno-Berrios is in custody on a $25,000 (£20,075) bond as she faces charges of carjacking, malicious damage to property and five traffic violations – hit and run, failure to stop for blue lights, resisting arrest, driving on a closed street and reckless driving.