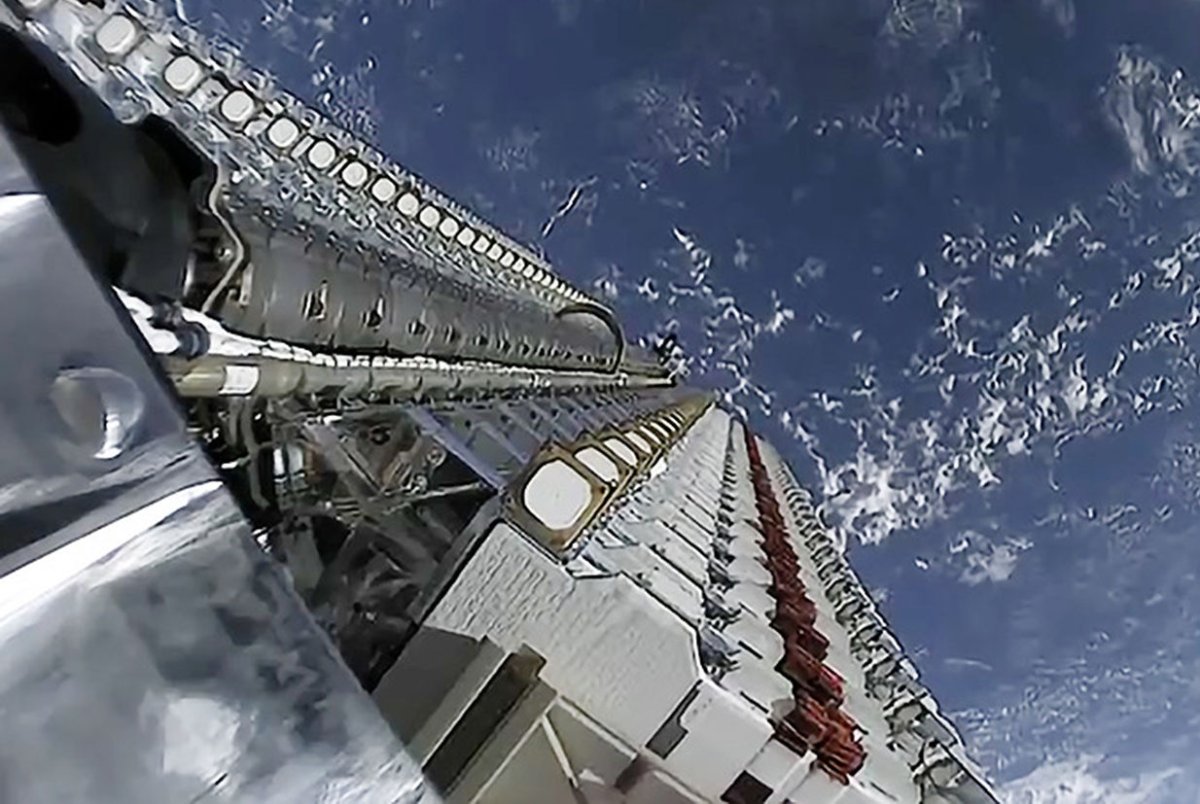 ORLANDO, Fla., Feb. 14 (UPI) — SpaceX plans to launch its fifth batch of Starlink satellites from Florida at 10:25 a.m. EST on Sunday, after postponing a Saturday attempt due to weather concerns.

A Falcon 9 rocket is loaded with 60 more Starlink spacecraft to lift off from Launch Complex 40 at Cape Canaveral Air Force Station, Fla., about 60 miles east of Orlando. SpaceX has 242 of its large dinner table-size satellites in orbit, each weighing over 500 pounds — the largest single satellite constellation in orbit.

The launch comes as SpaceX has announced plans to spin off Starlink as a separate publicly-traded company, Bloomberg reported.

The space firm previously launched 60 Starlink satellites at a time in May, November and on Jan. 6 and Jan. 29, with two test satellites launched before that.

If all continues on track for the constellation, 100 or more such Starlink launches could occur in the future. SpaceX intends ultimately to launch thousands of satellites to beam broadband around the globe.

The weather for Sunday’s launch time is 90 percent favorable for launch, according to an Air Force forecast, with low risk of high seas in the booster recovery area in the Atlantic Ocean.

SpaceX is testing a satellite from an earlier launch that has a non-reflective coating, to see if it is less visible to astronomers and stargazers on the ground. Starlink mission descriptions say satellites take months to reach their proper orbit, so judging the effectiveness of the experiment will take a while. In the meantime, SpaceX continues launching Starlink.

Starlink satellites orbit at a height of about 340 miles above the Earth. By comparison, the Kármán line that defines space is 62 miles high, and the International Space Station is more than 250 miles high.

The Starlink satellites detach from the rocket’s second stage at an altitude of about 180 miles. SpaceX engineers then conduct data reviews to ensure all Starlink satellites are operating as intended. Once the checkouts are complete, the satellites use onboard ion thrusters to move into the final orbit height.

SpaceX has competitors who are planning their own new satellite constellations, including OneWeb and Amazon. SpaceX says it is leveraging its experience in building rockets and spacecraft to deploy the world’s most advanced broadband Internet system in Starlink. The company stacks the satellites in the rocket nosecone, using a flat-panel design that minimizes volume.